Today, the Tunisian National Dialogue Quartet won the Nobel Peace Prize. I have no real qualms about this nomination, but I find the effect it had on Google search results interesting.

The moment the prize was awarded is shown on the left, and on the right is the same google query two hours later (13:00 CET). 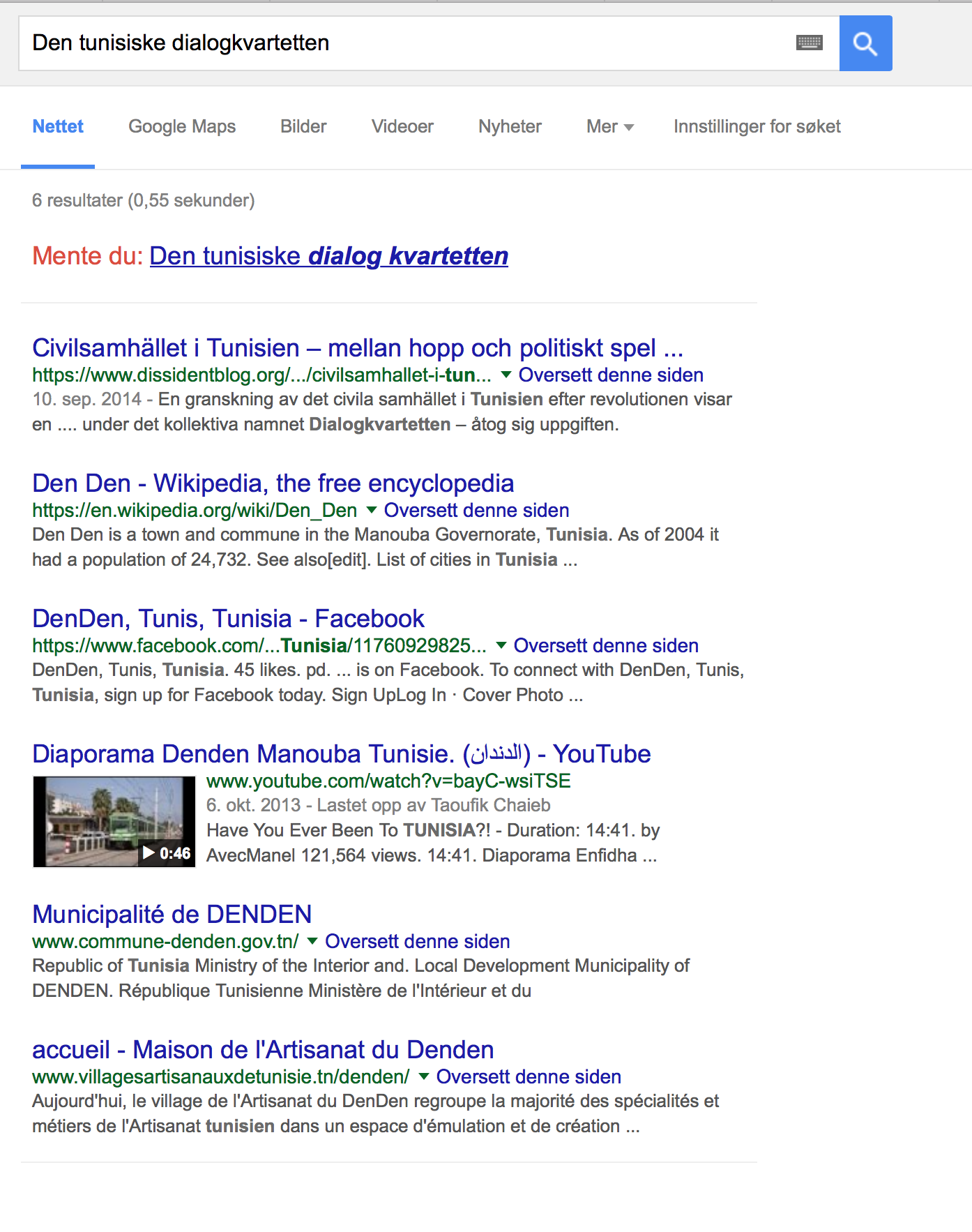 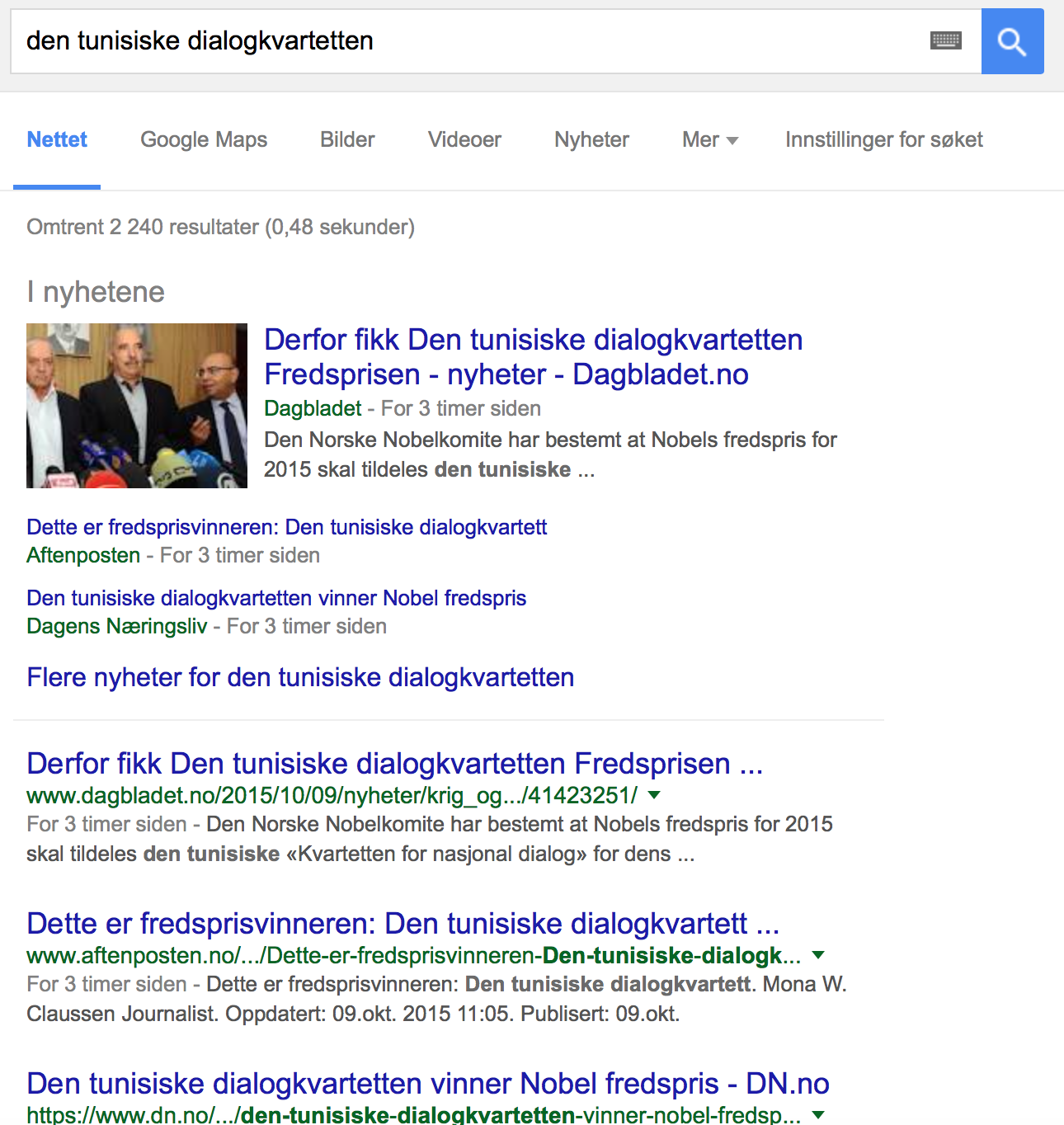 As can be seen, the winning of the prize resulted in a jump from 6 to 2240 results in just two hours. The speed of Google’s indexing has truly grown impressive over time. And for anyone working with SEO, winning the Nobel Prize is now a proven method to make a jump in the rankings.